The chart below shows the percentage of female members of parliament in 5 European countries from 2000 to 2012. Summarize the information by selecting and reporting the main features, and making comparisons where relevant. 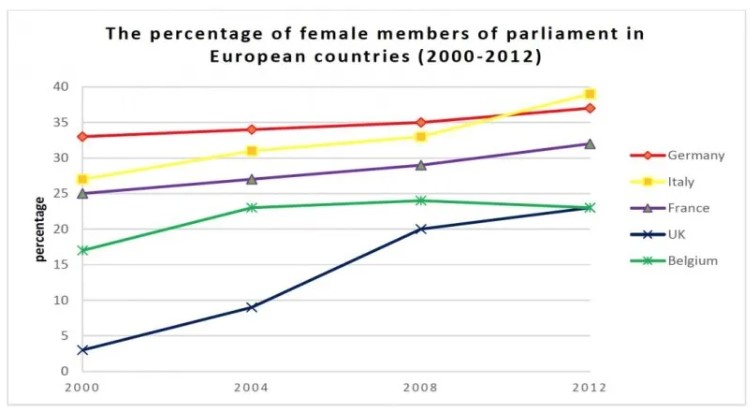 The chart illustrates the percentage of female members of parliament in 5 European countries from the year 2000 to the year 2012.