The graphs show changes in the spending habits of people in the UK between 1971 and 2001. Write a report to a university lecturer describing the data. Write at least 150 words 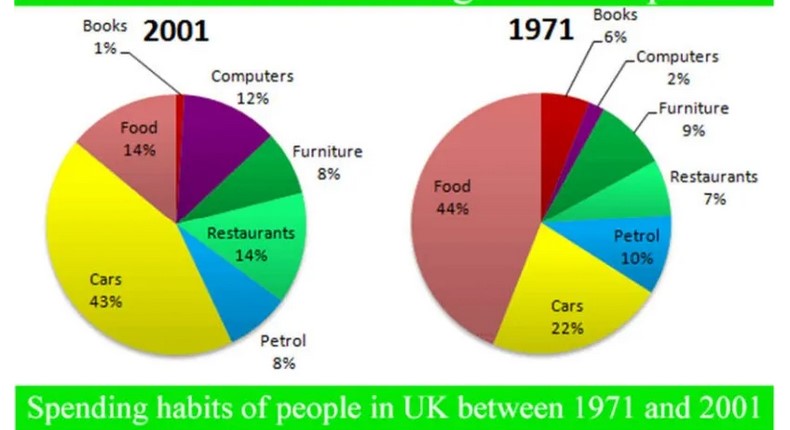 The provided two pie charts compare the English people’s 7 deferent spending habits in the UK between 1971 and 2001.

Overall, in 1971, the majority of people habits was food while the computer was on least. After three decades, people are interested in cars, and books habits were dropped, no big difference in other categories.
In 1971, below the half proportion English people spending foods habits which was highest that period. Cars related habits were 22%. However, petrol had the tenth proportion. 7% of people habit was restaurant while only 1% less for books. The computer was on least account of only 2%, and people spend 9% on furniture habits.

After 3 decades in 2001, people spent 43% on car habit which was roughly double than 1971, although we can see that one 30% drop in food habits. People spend only 1% on books while 12% on the computer and 14% on the restaurant which was double than 30 years ago, 8% contribute to furniture and petrol.