The pie chart shows the amount of money that a children’s charity located in the USA spent and received in one year, 2016. Summarize the information by selecting and reporting the main features and make comparisons where relevant. 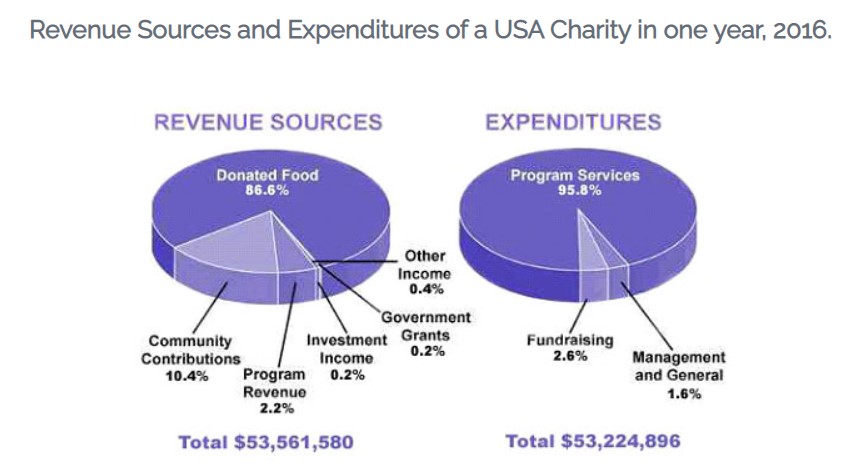 The pie charts compare the amount of proportion of money spent and received by a children’s charity situated in the USA in the year of 2016.

Overall, the revenue is greater than expenditure. The majority of income for the charity is a donation of food while conducting program services was the highest expenditure.

The large majority of revenue was the donation of food services which accounted for more than four-fifth of the total amount income. at the same time, organising programs were the highest source of expenditure which was almost 96%.

The second-largest revenue resources were the community contributions which one in ten of the total revenue; other than this program revenue, government grants, investment incomes and other incomes all together considered 3% only. However, fundraising and management and general were the other expenses of the charity all together devoted only around 4%.