The pie chart shows the percentage of persons arrested in the five years ending 1994 and the bar chart shows the most recent reasons for arrest. Summarize the information by selecting and reporting the main features and making comparisons where relevant. 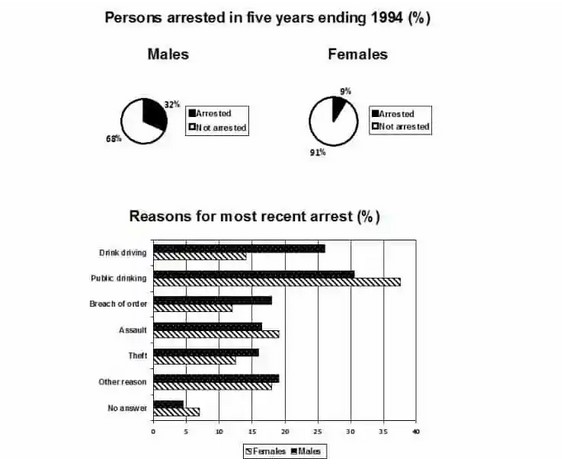 Overall, it can be said that females were less arrested as compared to males. The most common reason for arresting people was public drinking.