Write a letter to your friend about a book that you have read recently. Include the following in your letter:–

I hope you are doing well. I would like you to let you know that I was reading a book called “My Naked Ambition” based on Mahatma Gandhi, and I felt that this book could be useful to your white paper on “Life of Mahatma Gandhi.”

This book covers all the events about his life from his childhood to how he became the father of the nation. Addition to this, the aspect which put the light on his personal life is interesting, it shows his relationship with his family, his lust for sex. and how he used to sleep naked with females in the name of the experiments, which was ignored in many historical articles because they wanted to portray him as a saint. Thus, I felt that this is the book which really enlightens his negative side and with this, You will be able to put the fact in your research and let the audience decide whether he deserves to be called as the father of nation or not. Write a letter to your friend about a book that you have read recently.

Generally, it is not available in the book stores. Hence, I would suggest you visit Amazon Global store to find this book. Write a letter to your friend about a book that you have read recently.

I hope you will really like this book. Hence, I am looking forward for your feedback and your white paper. 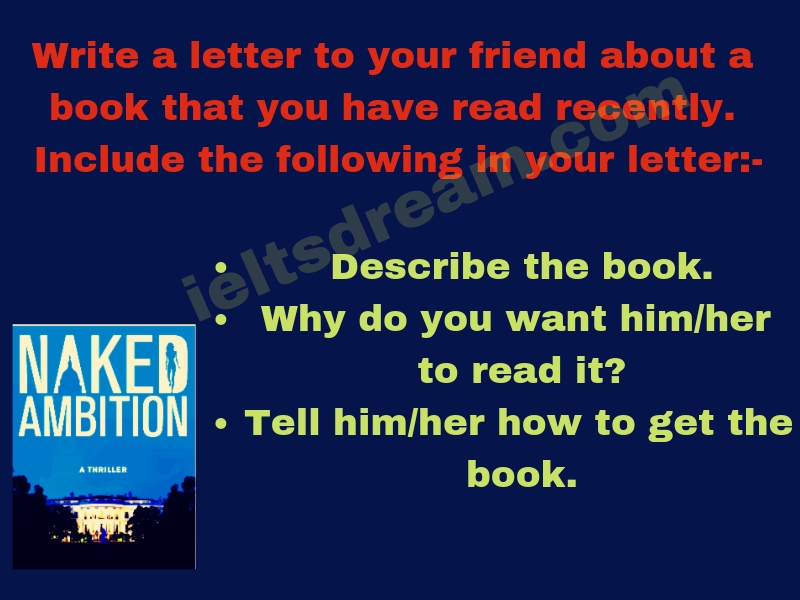 Different cultures are mixing today ad the world is becoming a global village. Is it a positive or a negative development? Give your own opinion and examples.