Some people feel that robots are very important to humans future development, while others think they are dangerous and have negative effects on the society. Discuss both views and give your own opinion.

Recent technical advances have seen robots take over manual jobs that used to be managed by men. While people are divided over the effects of artificial intelligence in the day to day lives, this essay evaluates both sides of the coin, though I believe that robots will be imperative in expanding the horizon of human development. robots are very important to humans future development, while others think

Automation is the bane of the industrialized world. With machinery taking over cash counters at supermarkets, it has left hundreds of cashiers jobless. As a result, many cashiers find themselves staring at unemployment and dependent on government subsidies in many developed countries, thus burdening the overtaxed working class. This, in turn, will lead to increased crime rate as they try to find other means to supplement themselves. Case in point being, London, where retail giant Tesco Express has only 1 cashier and 4 self-check-in counters. This led to an outrage in the workers Union which saw several protests and marches across the city.robots are very important to humans future development, while others think

On the other hand, scientific breakthroughs have enabled bots to perform day-long surgeries. These fruits of the labor of the medical fraternity have enabled surgeons to devote attention to research for a cure of cancer. They have broken the shackles of time for these innovators to experiment with cures for AIDS, Alzheimer’s and other diseases. robots are very important to humans future development, while others think

In summary, robots can unleash an era of job loss with their efficiency yet there is no denying that it can herald the dawn of innovation in the fields of medicine, engineering, aviation, and finance. I wholeheartedly believe that instead of opposing it we should embrace it with open arms to march into a brighter future. 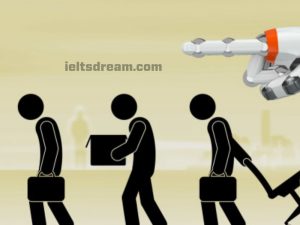