Talk about your favorite writer (author).

Who he or she is

Who introduced him to you

What his or her best work is

What he or she usually writes about.

First of all, I believe that a good writer can change the world with his works,  comments, words, creativity and even by his sense of humor. I have read many authors. But My favorite writer is Rabindranath Tagore. He is very popularly  known as the “Shelly of Bengal”

Tagore was a Bengali. But he belongs to the world not to speak of India. He was a Universal and a humanist through and through. He was born on May 6, 1861, in Calcutta. Rabindranath Tagore belongs to a Rich family.  But he has the milk of human kindness for the poor.

No doubt Tagore is the greatest poet and writer of modern India. He was a poet, novelist, dramatist, actor cultural reader, and short essayist and even a political leader to some extent. He was also  edi9tor of several magazines. Tagore was not sent to any school, he was taught at home.

He was a highly precocious child and more intelligent. He was capable of learning more from nature and society at large than from any formal education. His responsibilities are more regarding the management.

Firstly he starts to write in Bengali at an early age and even started a magazine. In his opinion, a child’s first language should be his mother tongue in which he could express himself in a better way.

He was honored by a large Number of unique of the worlds with the honorary decorate degrees. he won the Nobel Prize for literature in 1913. This book he wrote in Bengali and then himself translate it into English.

Our national anthem Jana- Ganna-Manna is also a creation of Tagore. His poems in particularly have a deep impact. He was a great lover of India. The infinitive varieties of life for us and taught us to laugh and weep at them I love the writer.

Talk about your favorite country

Elaborate on the proposed course of study as a logical follow-on from your studies/ work to date, and explain how this course will prepare you for future goals. 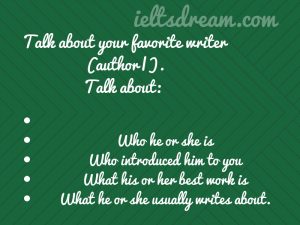