The graph below gives information about the number of Catholics residing in different nations, during 2010-2013. Summarise the information by selecting and reporting the main features, and make comparisons where relevant. 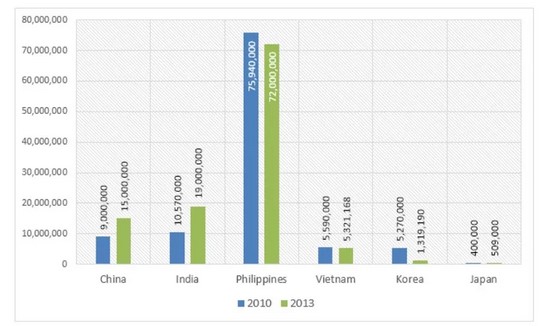 The given graph illustrates data regarding the number of Catholic people who lived in China, India, the Philippines, Vietnam, Korea and Japan in 2010 and 2013.

All in all, Vietnam was the most considered country that catholic people like to be lived in. Meanwhile, Japan was the lowest opt country by Catholics with a view to settling.