The chart below gives information about global sales of games software, CDs and DVD or video. Write a report for a university lecturer describing the information. 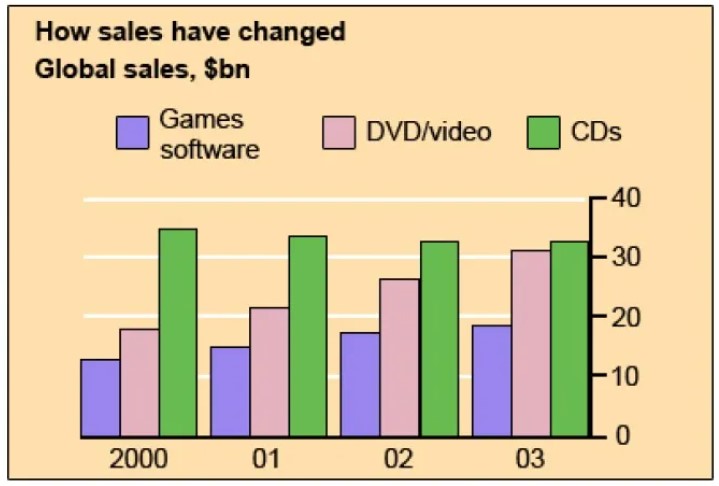 The given bar chart depicts the world sales of three different categories: games software, CDs and DVDs or video in four individual years 2000,2001,2002,2003. The data is Callobroted in billions.

Whereas there was a sharp drop in CDs, approximately 34 billion. In the year 2002, the same trend was seen in 2001. There was a dramatic surge in DVDs in the final year, about more than 30 billion. Whilst, there was little drop in CDs around two billion.