The table data below shows the top ten Internet users by country in 2019. Summarise the information by selecting and reporting the main features, and make comparisons where relevant. 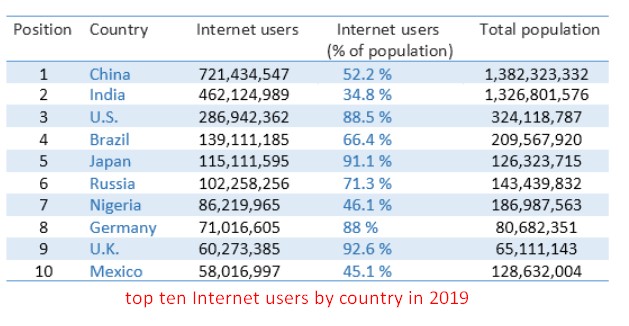 The given bar chart depicts the information of internet users in nine different countries of the Middle East in the year 2019.

Overall, Iran had the highest number of internet users over the given year, as opposed to it Lebanon was the least leading country.

In remaining four countries out of three consistently accounted for a similar figure of six or more than six million, which are Yemen, Israel, Jorden, and Syria. The lowest count of internet users belongs to Lebanon with almost 5 million.