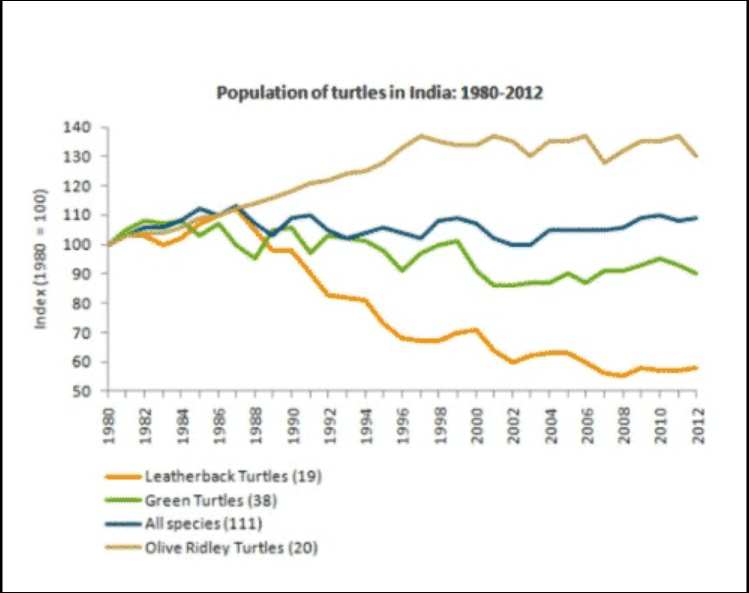 You should spend about 20 minutes on this task.

A glance at the graph provided reveals the information regarding the distinct turtle species namely, leatherback turtles, green turtles, all species and, lastly, olive ridley turtles, in India between 1980 and 2012.

Overall, the most striking feature is that olive ridley species was managed to increase their population whereas the leatherback turtles greatly reduced during the given tenure.

As is presented in the graph, there were 111 turtle species in India and turtle population index considered 100 units in 1980, all turtles were at unit 100. In the subsequent years, leatherback turtle’s number dropped significantly and reached to merely 60 units whereas the opposite trend was followed by the Olive Ridley turtles. This population continuously expanded, according to the index, till 1997 and then it after showing some fluctuations and finally it reached at the zenith point (120 units) till  2012. Green turtles showed the downward trend. The number of green turtles palpitated throughout the given
tenure and the population reached almost 95 in the year 1990. After that, its population was dropped and reached just below the 90 units in 2012. All species showed gradual increase till 1987 and following that reveals many ups and downs in the population.